The Dangers of Promposal Culture 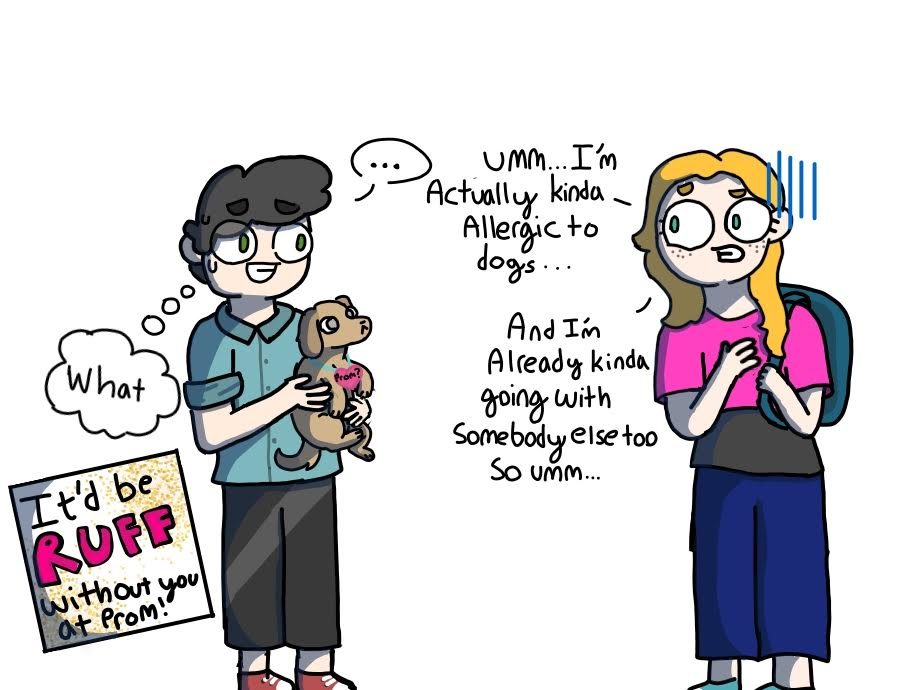 Many believe promposals to be the initial price of admission for the joys of Prom season. However, like bacteria and college basketball teams, promposals are much more intense than their original state and have evolved over time into what they now are. Promposal culture is needlessly complicated and should instead reflect the carefree nature of the very dance which necessitates its purpose.

To today’s generation, seeing someone ask a date to Prom with a poster board is nothing new. But to a high schooler from fifty years ago, that much dedication would have been viewed in a similar light to a marriage proposal. The simple act of calling up a potential date and “popping the question,” so to speak, was enough back then, so why isn’t it enough now?

The uprising of social media definitely plays a part. With the ability to share your cleverly calculated request in mere seconds, promposals have gone from sweet acts of devotion to an unspoken competition, with couples vying to win the crown of Cutest or Silliest or Most Likely to Induce Cavities from How Sweet this Poster Is.

This is damaging to the idea of promposals because it raises the minimum level of effort by several clicks, pressuring askers to up their game in order to be taken seriously and pressuring recipients to say yes in order to present themselves as understanding of such effort.

Posting promposals on social media is also detrimental to the culture because it forces askers to be less personal in their requests in order to pander to their followers. The asker and the recipient generally will have several meaningful jokes or qualities between them that the asker could harness to make their request truly personal, but the fact that hundreds of other people will see it can cause askers to be more broad in their inquiry, thereby reducing the content’s sentimental value to the recipient.

Some of the problem is rooted in our own desire to feel important, which will never be significantly diminished; we like to think of ourselves as above material goods and surface-level effort, but we know it feels good to see someone spell out their adoration for us in size 48 font on a poster board the size of a large dog.

Try to keep an open mind, though, as an asker or as a recipient, and consider that maybe going all-out on the promposal isn’t necessary for the Prom experience to be as perfect as you hope it will be.