Should Drug Dogs Be Allowed On Campus? 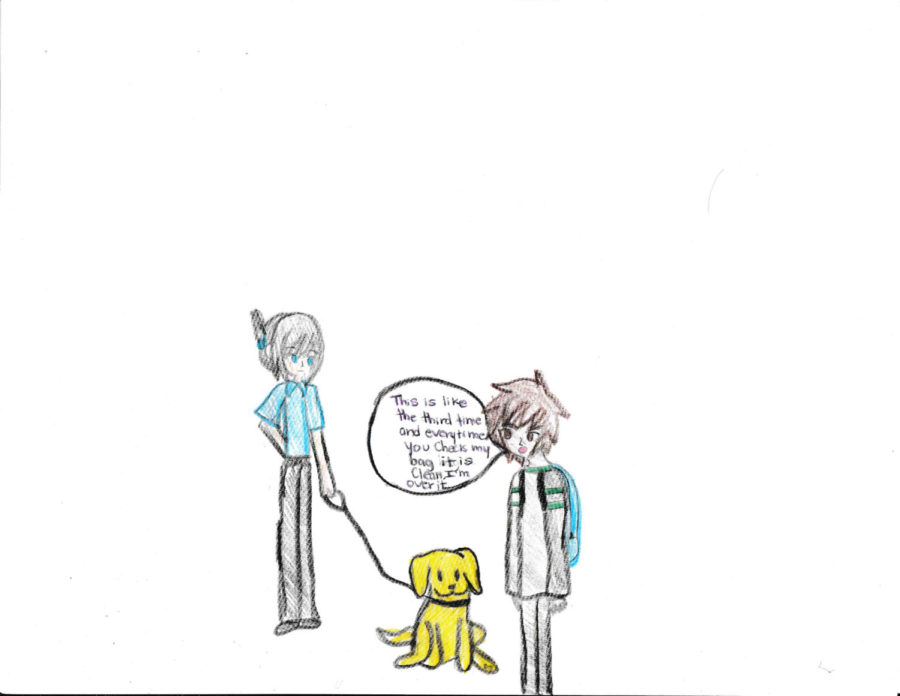 When students come to school they want to feel safe and protected. Students spend four years of their lives in high school. And to most students, that seems like a very, very long time. Our school has gotten new additions to keep people safe, such as new gates, security cameras and vape detectors. Now we are going to get drug dogs. Police dogs will come onto campus to perform random searches to ensure students don’t have anything they shouldn’t.
The question everyone is asking themselves is: is it really necessary? The answer is no, it’s not. To some students, school is their safe place where they can be worry-free and see their friends. In order for the staff to have a good relationship with the students, that they desire so much, they need to trust their students.

Coming to school and constantly worrying about if they are going to get searched does not create a safe place for anyone. No matter if they have illegal substances or not, everyone still worries. Only 44 percent of dog alerts in a Chicago Tribune study led to the discovery of paraphernalia or drugs. That is a low percentage of alerts being accurate. That means that 56 percent of those alerts have been wrong.

What if dogs could be triggered by how the handler acts around the objects they are sniffing. If the handler spends too long around one certain place, this could give the dog a clue to give an alert. The dogs are trained to please their handlers because they think they will get rewarded if they did the right thing.

If the dog gets it wrong and the bag is searched, the student has to go through the embarrassment of questioning and being accused for something they never did. Even though school is a public place, students’ belongings are theirs. Students have the right to unreasonable search and seizure under the Fourth Amendment. They can choose what they want to do with their personal items.

According to ACLU of Washington, it was reported that for dogs to come into schools, it can cost a district anywhere between $12,000 to $36,000 a year. This money comes out of people’s taxes. The districts are using this money on dogs when they could be coming up with outreach programs to help kids with drug abuse, instead of making them shy away from getting help.

Security cameras and vape detectors are already two helpful ways of catching a person. If they are not getting caught on camera or by the detectors, then they are most likely not using the drugs at all. It always comes back to teens wanting to rebel against society. If someone of a higher authority tells a young teenager not to do something, it usually leads to the teen wanting to do it more. In this situation, teens will find a way to get past the dogs and do what they want. Some children never learn from discipline.

In the end, students will do what they want even if there are bigger consequences involved. This is a time in teenagers’ lives where they should be able to learn from their mistakes, not be searched by the police because of what they do or don’t have. Faculty does want the best for their students, but sometimes the best thing is to let the student figure it out on their own.