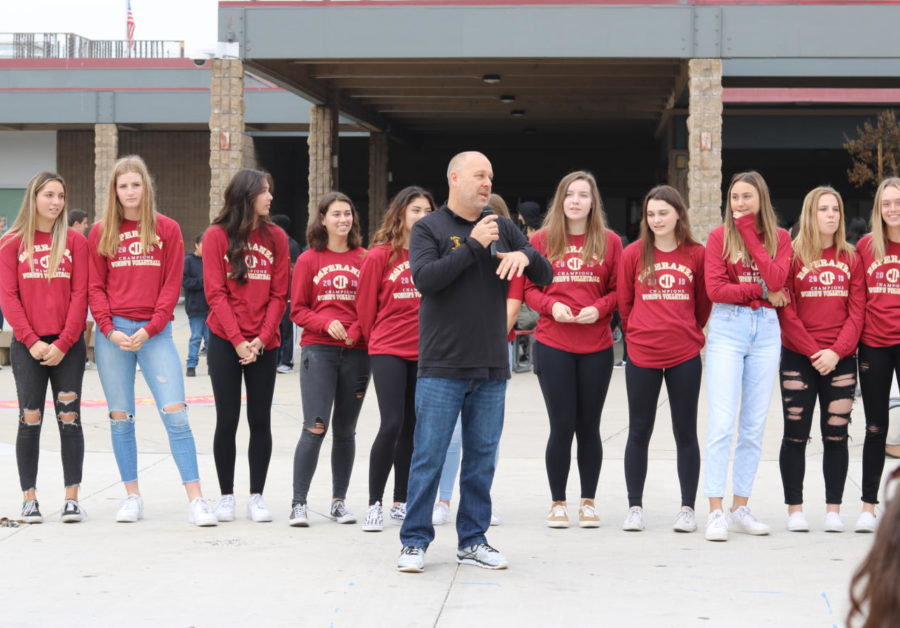 On Nov. 15 Cross Country competed in the CIF prelims, qualifying for finals. The men’s team placed sixth, advancing to the finals for the fourth year in a row. The women’s team placed 12th, meaning they are able to advance to the finals for the eight year in a row. Their next competition is going to be held on Nov. 23 and the teams may then advance to State.

Sophomore Nicole Reeves, who has been on the team for two years, expressed her excitement and satisfaction about the season. “I am proud of the team for making it, and I hope it is a good end to the season,” she said.

The football team beat Filmore with a score of 18-7 on Nov. 15, enabling them to move on to the semi-finals. This game against Filmore was a “great win” because everyone was prepared and the team “made no mistakes,” according to Senior Isaac Contreras, who plays strong safety and runningback. Their next game will be held at Shapell Stadium at 7 p.m. on Nov. 22.

Contreras “feels good” about the success of his team in CIF this year and hopes that next year’s team will “lead up to our example and continue on this tradition.”

The women’s volleyball team’s two to two and a half hour practices consisted of several drills each day, including three on three and six on six. This hard work is what earned women’s volleyball the title as CIF champions on Nov. 9 after winning against Vista Murrieta. Junior Taylor Jones has been playing volleyball since she was 12 and feels as though being CIF champions is “the best feeling ever” because “the whole team worked so hard” and “it’s such a satisfying feeling to know that all of our hard work came through in the end.”

Jones said that, because next year will be her senior season and last time playing as a part of the team, she aims to beat Foothill and repeat this year’s success as CIF champions. “We have the talent and heart to do it, and I cannot wait for next year,” she said.