We Have a Vaccine, What Does This Mean? 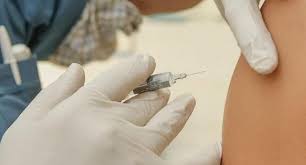 The general consensus among the American people at the moment is that once the vaccine for Covid has been distributed across the country, life may be able to return to a state of normalcy, a lifestyle the population hasn’t seen since early 2020. At least that’s what most people believe to happen, but plenty of other people have different thoughts and opinions on this matter. Given the growing acceptance of authoritarianism across the United States, these opinions are unfortunately much more realistic than what the general populous believes.

Depending on the social politics that dominates your state, your lifestyle could go two separate ways.

If someone lives in a state governed by libertarians and people who understand public health, both physical and mental, then that person is in luck. This theoretical person’s life may actually have a chance at a return to normalcy as their government is most likely built up by people who value freedom and know that once the vaccine is properly distributed, there’s very little risk in allowing the state to fully reopen.

However, those who are ruled by authoritarians like Governor Gavin Newsom won’t be as lucky. It’s foolish to assume that once a vaccine is out in a state like California, Newsom will finally release his oppressive grip over the state and allow people to return to their lives before the pandemic. More likely than any other speculation, after the vaccine, Newsom will most likely continue to keep businesses closed and losing money as an excuse for him to keep watering the seed of government reliance upon the people. This however won’t stop him from attending maskless dinner parties and defending other corrupt politicians who defy their own Covid-19 regulations.

All of this still remains to be nothing more than speculation, however speculation based on past history. If a state’s government is oppressive and has used Covid-19 as an excuse to take the rights away from its people, there’s really no reason why they would give them back. Now that he has his citizens under their thumb, begging the government for money, a governor like Gavin Newsom would never want to grant his people freedom again, because then his people would no longer be dependent on big government. Regardless of a vaccine, the future of California depends more on Gavin Newsom’s humanity than actual science.