The Story of Blockbuster Video

And Why it Was Ahead of Its Time 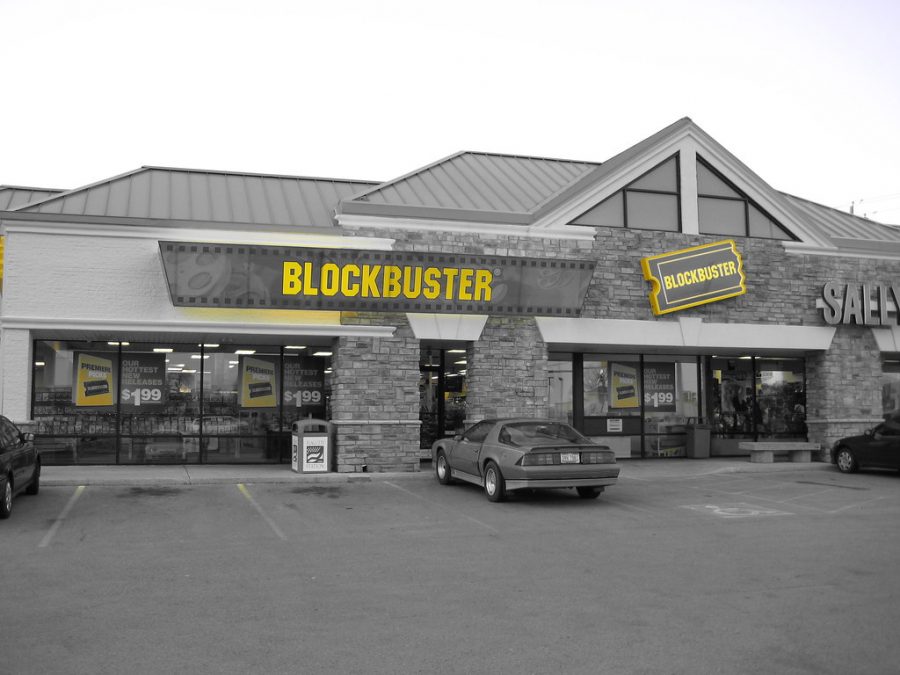 Blockbuster had the opportunity to be eight years ahead of the streaming service game, but they squandered it because they lacked foresight.

Blockbuster was originally founded in 1985 by a man named David Cook, who would later sell the company to three investors in 1987, just two years later. By the mid 90’s, Blockbuster would grow to become a staple of American culture, growing to have a maximum number of 9,000 stores nationwide by the year 2004.

How did Blockbuster make all its profits? Blockbuster’s business model was simple, but obviously effective. Blockbuster would buy movie DVDs, video games and tapes in bulk, then continue to rent them out to customers until they eventually made more money from people renting the movie than they did from buying the movies.

On top of this, late fees would make up a large amount of Blockbuster’s income as well. Late fees would be handed out to customers who failed to meet the return deadline after they rented a movie, and they were pretty hefty fines, with $3 being charged for each extra day you kept the movie. In the year 2000, Blockbuster made about 800 million dollars in late fees alone. Everyone hated late fees, so when Netflix began to gain more recognition in the early 2000’s, people began to lose their brand loyalty for Blockbuster.

In the early 2000’s, Netflix was an online video delivery service, so you would have to order the movie online through the Netflix website, and a few days later the movie would arrive. On the flipside, if someone wanted a movie from Blockbuster, all they would have to do was drive down and they’d get their movie instantly. What set Netflix apart from Blockbuster though, was that Netflix didn’t have late fees, so many people saw this as a better alternative than going to Blockbuster and running the risk of being slapped with a massive late fee for returning their movie one hour late.

Blockbuster actually had the opportunity to have a partnership with Netflix, but turned Netflix’s proposition down. As for why Blockbuster turned down Netflix, many speculate they did it because Blockbuster believed that brick and mortar video renting would reign supreme forever, and Netflix’s model of mail order movies would die out with time, however this is not the case.

The year 2004 was the last Blockbuster would see profits, and in this same year they would attempt to win back the good grace of the public by essentially gaslighting them and claiming to be “dropping” late fees. The late fees weren’t actually dropped completely, instead the renter of a movie would have a 7 day grace period after the deadline, and if they couldn’t get the movie back within that 7 day period, they would be charged with the full price of the movie.

Blockbuster didn’t fail because they wouldn’t change their ways of video rental, they failed because they were either late to the party or didn’t commit hard enough. When Blockbuster and Enron merged way back in 1999, Enron wanted to broadcast movies to people’s TV’s through use of fiber optics, otherwise known as streaming. This idea was presented to Blockbuster in 1999, eight whole years before Netflix would become an on demand streaming service. Blockbuster had the opportunity to be eight years ahead of the streaming service game, but they squandered it because they lacked foresight.

Information acquired from: history.com and npr.org.